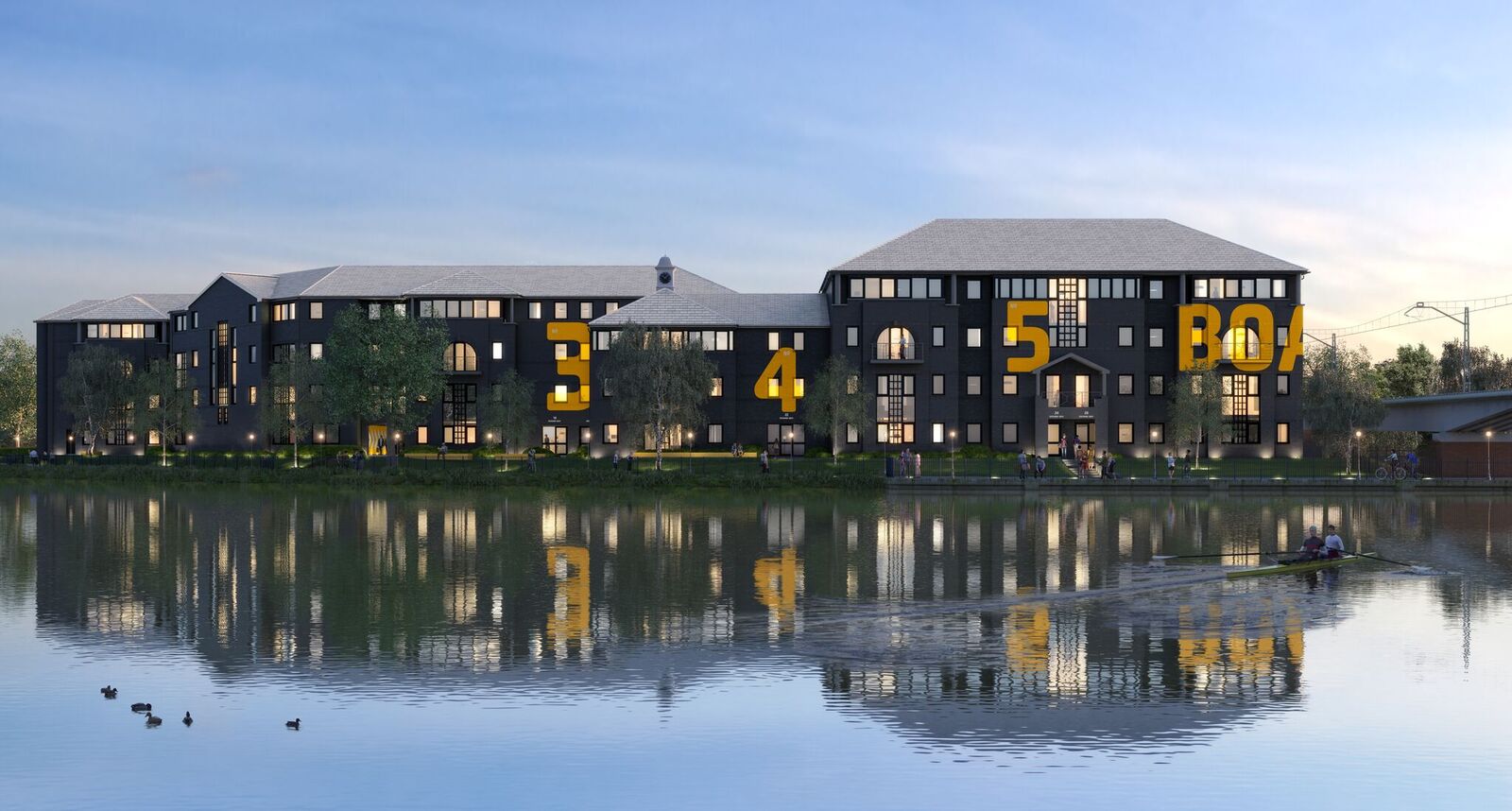 Manchester-based regeneration company Urban Splash has unveiled its designs for the refurbishment of the Boat Shed – the development formerly known as Office Village, at Exchange Quay in Salford Quays.

Working alongside its joint venture partner Pears, Urban Splash took just five days to acquire the waterfront scheme last year; it has since been working with architects R2A to transform the building, starting with the creation of a new exterior.

Urban Splash director Nathan Cornish said: “When we bought the Boat Shed many people seemed surprised as it didn’t look like a typical Urban Splash purchase. We’ve reinvented many listed Georgian, Victorian and mid-century concrete buildings but there was something intriguing about red brick 90’s.”

“Once we started stripping out the space, we’ve found many features that we’ve now brought to life – it now looks like an Urban Splash building inside. Once the outside is done the space will be unrecognisable on the waterfront.”

Urban Splash has completed phase one of works to the internal areas; communal and meeting spaces, common area and a café are now planned, while four other workspaces are undergoing refurbishment offering single units from 540 sq ft to 7,000 sq ft. The space is perfect for businesses looking to join the growing commercial community on the River Irwell in Salford Quays which meanders round to Media City.

Emily Handslip, also a director at Urban Splash added: “As the River Irwell becomes an important corridor of commerce linking the city centre and Media City, we are delighted to be bringing something new to Exchange Quay.”

“Part of our commercial success has come from our flexible approach to leasing, meaning we can accommodate occupiers in a range of ways, from short form leases to longer agreements.”

The first of the refreshed workspaces completed in early 2017 and was immediately let to tenant Environmental Services Design Limited; the business, a former Urban Splash tenant at the Fort Dunlop building in Birmingham, has taken a 2,760 sq ft unit. The remaining units will be completed in phases over the coming weeks, after which a second phase of works will see further workspaces updated in line with the demands of occupiers.

Pears and Urban Splash continue to invest in their JV portfolio; just last year the redesign of Tea Factory in Liverpool was unveiled with refreshed workspaces and communal areas. Urban Splash will also undertake the refurbishment of Beehive Mill in Ancoats, a building it solely acquired in March this year.