Wondering why Manchester’s office property market is so hot?

Have you been keeping a close eye on the property market over recent months? If so, you’ll know that the office market is back with a bang. Here Mark Canning gives us a snap shot of the activity in Manchester city centre, Salford Quays and South Manchester and a look at what the next year holds for the office market. 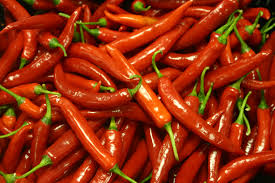 What a six months! There has been little time to draw breath.

Unlike the Manchester summer which has been overall cold, wet and unsettled, generally speaking all office markets within Greater Manchester have become red hot, both on the investment side and, increasingly so on the occupational side.

When there is talk of 5% yields on prime space and rents of £30 per sq ft on secondary Grade ‘A’ stock in the City Centre, caution must be advisable but Manchester is without question enjoying a mini boom.

There are a lot of positives to talk about, so let’s take a look at what’s been happening.

In the City Centre, leading international law firms, Freshfields and Latham & Watkins’ commitment to Manchester are real game-changers. If you look at the legal scene in Manchester, it is not only rapidly becoming the principal “go to” city outside of London, but it is now a highly credible and cost effective alternative to London.

Clyde & Co’s acquisition of space at the Royal Exchange and Slater & Gordon’s move into 58 Mosley Street, amongst the more familiar Manchester legal names are taking increased amounts of floor space, the likes of which investors and prop Cos could only have dreamed of -but not really imagined- only a few years ago. The owners of St Peter’s Square, Spinningfields and, over the horizon, 101 Embankment and One New Bailey are licking their lips in anticipation.

These are the headline grabbers. The true test of the strength of the market is though how it deals with the second hand space that gets left behind in the scramble for new. Is a refurbished Barbirollii Square really going to command rents of £30 psf? Will KPMG’s old James’ House on John Dalton Street find tenants queuing at its door? That’s when investors may need a helping hand from the momentum the Northern Powerhouse may bring! 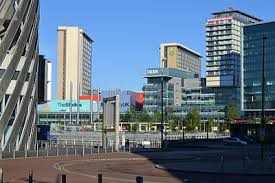 In Q1, Salford Quays experienced its best quarter’s take up since the BBC committed to MediaCityUK. Totalling 214,000 sq ft, this included the 120,000 sq ft pre let to Bupa at Harbour City and the 54,000 sq ft letting at Soapworks to The UK Border Agency.

There are still further larger requirements about to be put to bed shortly and we are confidently predicting that Salford Quays will have its best year for office take up….. since records began! So watch this space!

It’s fair to say the area caught a real cold in the recession but it is now coming back strongly.

Those who have speculated – Db Symmetry at Manchester Green and Property Alliance at Trident Business Park in particular – have timed their acquisitions and investments well. With a noticeable increase in requirements in the 20-40,000 sq ft bracket, and on the back of deals to Syngenta at Towers, Quindell at Trident and Chiesi at Manchester Green, the once golden South Manchester triangle, with the Airport at its heart , is glowing brightly once more!

Demand is on the increase for a dwindling amount of quality stock and, as a result rents are rising. While they are not yet ringing the bell at the £20 psf mark, they are not far off. 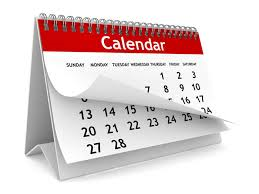 So what does the next year have in store? Steady as she goes! In the absence of any major political or economic upset, It looks highly likely that the Greater Manchester market will continue to swing in favour of the landlords, as supply will continue to dwindle and rents increase and incentives decline in all the conurbation’s sub markets.

Is your view similar or maybe you think that this mini-boom is unsustainable? Outside of Manchester, where else is making hay while the sun shines? Whatever your opinion or thoughts, get in touch with us on Twitter and if you’re deciding where to move to or need further information then contact us via our website.