Where next for the Manchester office market?

If you’ve had chance to read the North West feature in this week’s Estates Gazette, you’ll see that the Manchester office market is flexing its muscles, recording a 27.5% increase in take up for the 12 months to the end of August. Not only that but we’ve been ranked second in the top Manchester agents securing 362,196 sq ft space over 42 deals (we actually concluded 104 deals in the year to August 2015 , so don’t believe everything you read in the press!).

But which areas in the Manchester office market have been the best performing and why? And which parts of the city should we keep our eye on? 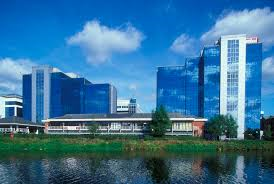 Salford Quays
Let’s start with the area that’s seen the most activity: Salford Quays. 2015 has been the best year for office lettings here since records began. At the half-year mark a total of 384,000 sq ft had been let and we are predicting that the area will comfortably tip over the 0.5 million sq ft threshold by the year-end. This is a quantum sea change for the former Manchester docks.
This was Soapworks’ year. Next year it will be Exchange Quay’s, when we confidently predict that Hunter’s investment will reap dividends.

Spinningfields
The scheme’s success story is well documented. XYZ Building is now fully let – which it achieved prior to completion – and No1 is well placed to go head to head with St Peter’s Square. Worthington Properties’ 125 Deansgate which will be on site next year looks well placed to capitalise on the unrivalled benefits of the location. 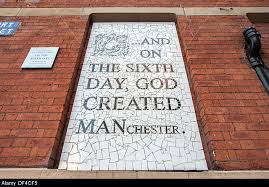 Northern Quarter
The Northern Quarter is steadlity forging out its own identity.. That said from a demand point of view, Sevendale has absorbed the lion’s share of the conventional larger lettings in this area. The very location and layout of the Northern Quarter means that whilst it’s the place to be, particularly for ” creative start ups”, the stock is of variable quality and still needs to make a quantum step forward if it is going to truly rival the likes of Castlefields and Media City.

St. Peter’s Square
What once was known as the “Square next to the library” has now transformed itself into a worthy competitor for Spinningfields. When the public realm works complete it will offer Mancunians a whole new image for the city to be proud of . The battle of Nos 1 and 2 and possibly 3, St Peter’s Square against 1 Spinningfields will be good box office and will expand the CBD further, which can only be good for the city as a whole.

Castlefield
As residents of the Knott Mill area we are biased in favour of this fantastic office location. Progress at St John’s, the former Granada studios and neighbouring First Street are helping to spread the love!

Piccadilly / Victoria
From an office market point of view, these two areas are still seen as the poor relations. That said, if Allied London is finally the one to get to grips with the Fire Station, Piccadilly’s “gateway” status will be much enhanced. Victoria Station’s revamp is complete but NOMA still needs to spark into life, under fierce competition from The Embankment and New Bailey. The fire at Hanover House wasn’t perhaps the spark they wanted!!

City Fringe
One New Bailey has won the Freshfields signature with an aggressive deal on just under 100,000 sq ft! Big news, big inward investment in Manchester! Round One to Muse in their competition with Ask on 100 The Embankment. Round 2 will probably go to Ask as they also bring reinforcements in, in the form of No 5 First Street (170,000 sq ft), following the pre let to Gaz Prom.

General Trends
Rent’s are continuing to rise and available stock across the board is continuing to decline . Occupiers therefore have to hurry, and make decisions.
Investors and speculators are sitting pretty – at least for the foreseeable future!!