“Office to resi” is the latest trend to cause some controversy in the property world. The Government introduced it to ease the shortage of housing in the UK and, in theory, it should also take obsolete buildings out of the office supply, but care has to be taken when considering sale or conversion of an under-performing office building for residential.

In this blog, we’ll cast a spotlight on these permitted development rights which have, albeit temporarily, come into force and explain what office building owners need to think about before selling their property for residential use:

1. So what changed and when?

Back in May 2013, HM Government introduced temporary Permitted Development Rights under the Town & Country Planning (Use Classes) Order 1987, allowing a change of use from Class B1(a) office use to Class D3 residential use. 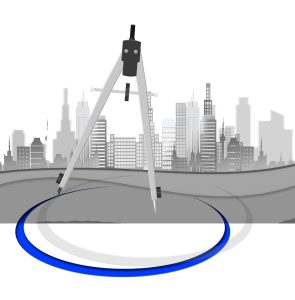 These Permitted Development Rights are a temporary measure and, just to make it clear, the residential use must begin by 30th May 2016. Also, although planning consent for such change of use is deemed to be “granted”, the change of use is still subject to prior approval being sought in respect of flooding, contamination, highways and transport issues.

3. Can any type of building be changed from office to resi?
In short, no. The measure only applies to buildings used as B1(a) offices immediately prior to 30th May 2013 or, if vacant, where the last use was for offices. It does not apply to A2 financial services or B1 (b) research & development or B1 (c) light industrial. Listed buildings are excluded and there are also geographical “exclusion zones”, including (by way of example) the traditional prime core of Manchester city centre and the Spinningfields area. 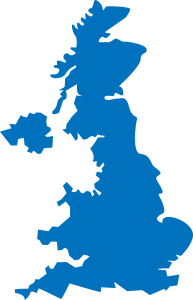 4. Why was it introduced in the first place?

The measure was intended to help tackle the shortage of residential accommodation in England & Wales whilst bringing obsolete/redundant office buildings back in to use and it has created a huge demand from developers seeking to take advantage.

We’ve received many enquiries from developers looking for vacant office buildings suitable for conversion and, whilst we welcome the measure in as far as it brings redundant or obsolete office buildings back into life, we need to be careful that perfectly good office buildings are not lost to residential use.

By & large, the economics at play should ensure that viable office buildings remain as offices but the appetite of some developers is voracious and “marginal” schemes may tip towards residential.

5. Where are these rights being used well?

A good example of where the measure is delivering what it is intended to do is Bruntwood’s recent sale of Fairbairn House in Sale to a residential developer. Bruntwood took the decision to sell the building, rather than bring refurbished offices to an already crowded market place (with many competing buildings being better located).

5. How has the market responded to the forthcoming deadline?

With the temporary Permitted Development Rights ending on 30th May 2016 (a mooted extension of the measure has not yet materialised but is widely anticipated), there is now something of a stampede from developers keen to acquire buildings and initiate the change of use before the deadline. These developers and their agents are actively targeting buildings they consider suitable for conversion but in some cases this is not straightforward due to existing leases/occupiers.

6. What should I do if I have been approached by a developer to convert my building?

Perhaps a “missed opportunity” example is the Dock Office in Salford Quays. Although a Listed building and therefore excluded from Permitted Development Rights, it is nevertheless a good example to use.

MediaCityUK has generated tremendous demand in Salford Quays from media-related office occupiers, who traditionally had not been attracted to Salford Quays as a location. The problem is that the vast majority of the existing stock of offices in Salford Quays dates back only to the mid 1980’s and, as such, does not have a great deal of character. The result is that much of this latent demand on the back of MediaCityUK has failed to turn into take-up of office space. The Dock Office, being older and Listed, had the fundamentals and natural architectural character to create office space quite different from the rest and I believe it would have been a success if it had been refurbished to create “funky” offices. Yes, there would have been a battle with Listed Building Control to get the right balance of retained features and cool finishes, but I am convinced the right developer would have succeeded and essentially “cleaned up” in attracting the latent demand that wanted to be in and around MediaCityUK but didn’t want to pay the high office rents being sought in MediaCityUK itself.

The majority of new office developments in Manchester city centre are large scale Grade A office buildings seeking high rents and are targeting a totally different occupier to the refurbished Grade B buildings. The occupiers looking for smaller space at cheaper rents are seeing the supply of accommodation available to them diminish as a result of improved take-up and, in some cases, demolition of older office buildings to make way for new.

Decent quality Grade B/B+ space is coming back to the market as some of the city centre’s larger occupiers relocate into the new developments and the cycle continues as the “Grade A” space of 20 years ago is refurbished and becomes the Grade B space of today. This is fine in the city centre where the stock of offices is much larger and the office to residential conversion has less of an impact (plus a large part of the prime core is excluded), but we need to be careful in the outlying towns, which have not seen new office development on any significant scale for 10 years or more. The supply equation is more sensitive in towns like Altrincham & Wilmslow and the loss of office buildings to residential in these locations could easily upset the equilibrium.

The message to office building owners tempted to sell to residential developers is get the right advice on the viability of the building moving forward!