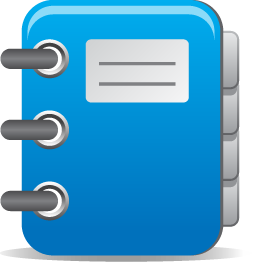 For many smaller businesses, the task of looking for office premises can be quite daunting, not least because of the jargon and terminology surrounding business leases.

In this blog we’ll aim to cut through the property jargon and answer some frequently asked questions about lease terms.

This sounds quite technical but in essence The Landlord & Tenant Act 1954 Part II (“The 1954 Act”) gives tenants of commercial property the right to remain in occupation of the premises beyond the expiry of the original lease term.

This is known as “security of tenure” and means a landlord cannot force a tenant to leave the premises after the lease has expired except in certain circumstances covered by Section 30 of the Act, the most common of which are as follows:

A. The landlord intends to demolish/re-develop the premises
B. The landlord (having owned the property for at least 5 years) wants to occupy the premises
C. The “tenant” is in fact a sub-tenant of part of the premises
D. The tenant has been in persistent breach of covenant under the lease (eg. has not paid the rent or has failed to maintain the premises in good repair)

Generally speaking, the Courts will insist on the new lease following the same terms as the existing lease, as far as possible, with the main point at issue usually being the amount of rental – which the Courts have the power to determine by looking at market rental evidence.

When taking a new lease of business premises, the landlord & tenant can agree to exclude the security of tenure provisions of the 1954 Act. Basically, this means that the tenant has no statutory right to remain in occupation after the lease has expired. It doesn’t mean the landlord won’t grant a new lease, though. This is most commonly done on smaller and/or shorter lettings. Exclusion of the lease from the 1954 Act will almost always be instigated by the landlord as it is always in the landlord’s interests to do so, but tenants should not necessarily be put off!

The main reasons for excluding the lease are as follows:

• For example, where a floor has been split into smaller suites, the landlord may want to protect the ability to let the floor as a whole to a single tenant in future.

• The landlord may want to occupy the premises for its’ own business at a later date and may not have owned the building long enough for Section 30 grounds to apply (or is just adopting a “belt & braces” approach to be safe).

• The landlord does not want to perpetuate the granting of a short lease on premises. For example, in a weak market, a landlord may be forced to grant a short lease or may have to make concessions on the lease terms that would not normally have to be given in a stronger market. With a protected lease, the tenant could ask the court to grant a short lease again (or include the unusual concessions), even though the market has improved. In such cases, by excluding the lease from the 1954 Act, the landlord is merely trying to protect his bargaining position as it is determined by market conditions in the future.

So what are the implications on the tenant of an excluded lease?

The answer depends on the circumstances and the future intentions of both parties.

Just because a lease has been excluded from the 1954 Act does not necessarily mean that the landlord will not be happy to grant the tenant a new lease on the premises at expiry of the existing one. In most cases, the landlord wants the lease excluded so that it is effectively a “fresh negotiation” and the landlord does not have certain lease terms imposed.

As the lease expiry draws closer, the tenants’ bargaining power decreases and the landlord’s bargaining power increases – as the tenant cannot “hold over” at the end of an excluded lease. Landlords can manipulate the situation to their advantage, but if the tenant enters negotiations for a new lease in good time, it shouldn’t be a problem.

Where a lease is excluded, the tenant should start negotiations well before the expiry date of the existing lease – at least 6 months before. This should give the tenant sufficient time to agree terms for a new lease or find alternative premises. The same applies even if the tenant intends to leave at the end of the lease, in order that the tenant is not left “homeless” at lease expiry.

Tenants should not necessarily be put off premises by a landlord insisting that a lease is excluded from the Act. It just means the tenant has to be a bit more prepared and diligent as expiry approaches.

If you found this of interest, keep a look out for our next guide for SMEs, which will look at how to avoid the potential pitfalls of an excluded lease. And if you have any questions or would like advice on your current contract then get in touch via Twitter or visit www.manchester-offices.co.uk – we’d love to hear from you!