Happy Friday!  Are you looking forward to the 2014 World Cup final this Sunday and wondering who to put your money on?  Many social gathering will bring the questions about who should win and who will win!

If football is far from your mind and office moves are, then just a little reminder we’re here to help, if you have been looking around for a while and can’t quite seem to find what you are looking for, we have offices to let Manchester, Salford Quays, Old Trafford, Trafford Park and South Manchester.  We also have a range of office space to rent, from quirky to Grade A, whatever your business needs, we can help make an office move seamless.

Contact the team today, to discuss your criteria or take a look at our search pages and see if there are any properties ticking your boxes!

A Friday would not be a Friday without some trivia would it?  So here we go, enjoy your weekend and the final!  Courtesy of One India News, here’s some interesting facts to mull over during a BBQ this weekend…

1.  At this World Cup, Argentina have won all their previous 6 matches coming into the final. Germany too are unbeaten, however, they had one draw in group stage. All players, barring Miroslav Klose (2002 final) on either side are in the World Cup final for the first time

2. Estadio Do Maracana stadium will host the final. It will be the second World Cup final at the venue, after 1950. The total capacity at Maracana is 76,935

3.  The world champions will receive $ 35 million prize money while the runner-up team gets $ 25 million

7. Argentina hold edge over Germany in head-to-head record, 9-6 while the other 5 ended in draws.

9. Argentina are in the final for the first time in 24 years while Germany are in the title round after 12 years. Germany’s Thomas Muller is second on Golden Boot Standings with 5 goals while Lionel Messi is third with 4 goals. The leader is Colombia’s James Rodriguez with 6

10. A national team with a foreign coach has never won the FIFA World Cup. The 18 winning coaches to date have all been in charge of their home nation. The record will remain as both Argentina (Alejandro Sabella) and Germany (Joachim Loew) have home coaches. The captains for the final are – Messi (Argentina) and Philipp Lahm (Germany). 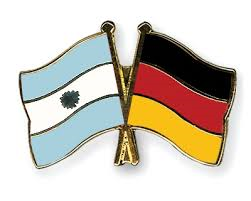